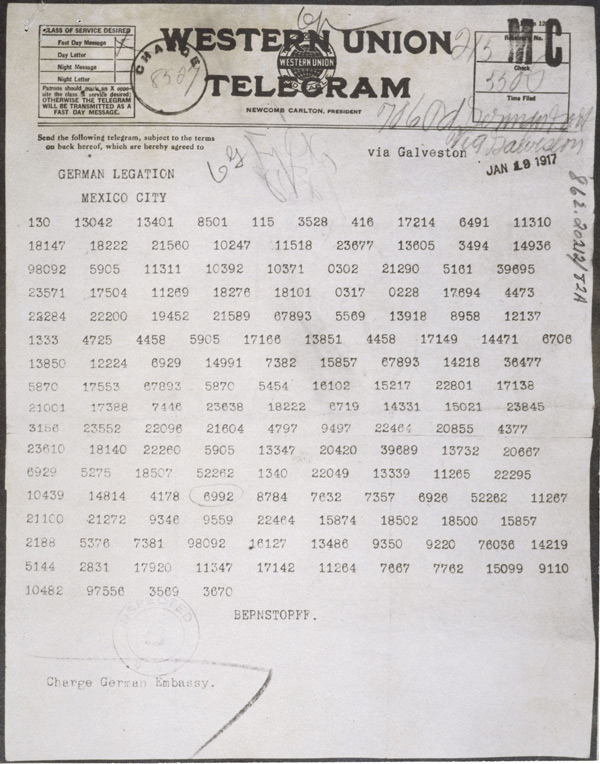 The Zimmermann Telegram Sent to Mexico, January 16, 1917, The National Archives. 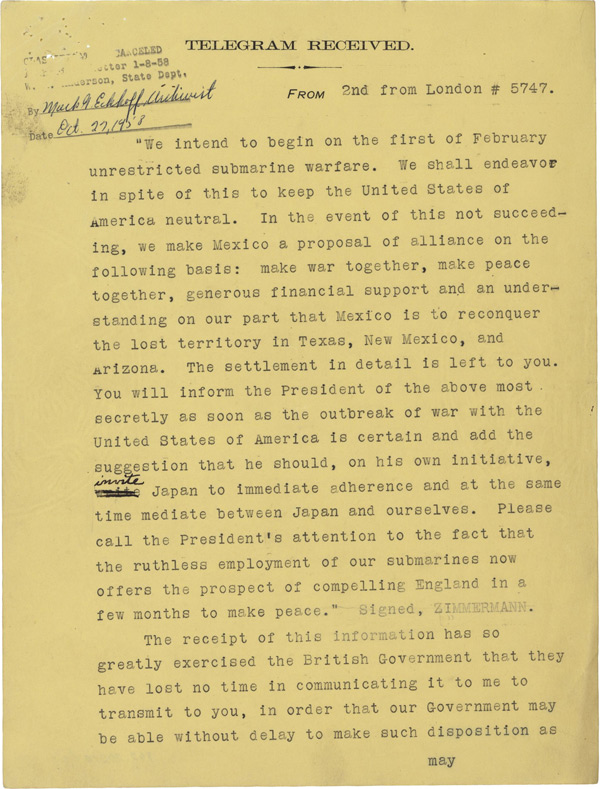 Telegram with a Translation of the Zimmerman Telegram, February 26, 1917, The National Archives.

Cryptology and hacking were two very important parts of telegraphy. A large part of the war not only involved sending messages, but also intercepting them.

Before the US’s entry into WWI, the Allies did not have enough troops nor resources to fight against the aggressive German Army, and defeat seemed inevitable. Germany knew they had the advantage although they were low on troops themselves, and as long as the US remained neutral, they were confident in their victory.  ​​​​​​​ 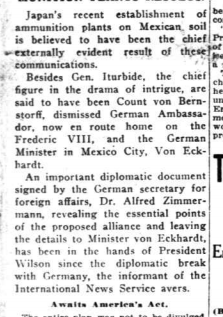 Excerpt From the Evening Star, Library of Congress 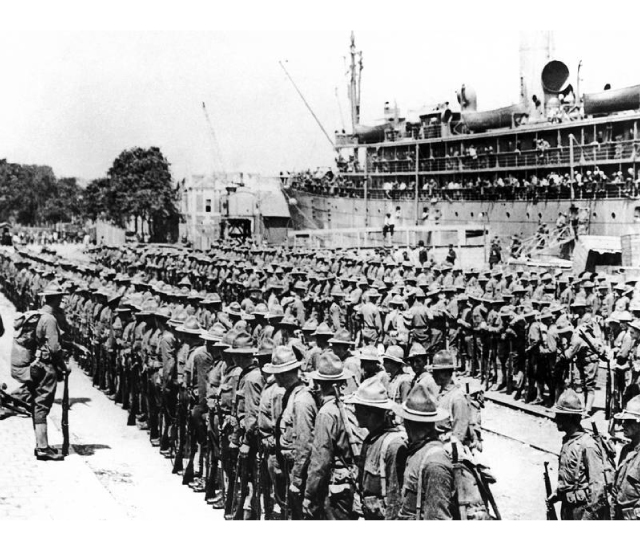 On January 6th, 1917, Germany made the mistake of sending what is now known as the Zimmerman Telegram. America had already been angered by the open-fire submarine warfare in the UK, and the telegram tipped the scale all the way.  On April 6th, 1917, the US formally declared war on Germany, and the Allies gained the aid they needed. By the end of the war, over two million American soldiers fought in the Western Front.

Many historians agree with Michael de Grey that this message was the key to creating the most significant impact in the war. ​​​​​​​

"So this was how the decoding of the Zimmerman Telegram which Nigel was majorly responsible for changed the course of the war." ~(Grey 2017)

​​​​“Thus cutting German cables at the start of the war led to America’s entry into it in the most significant impact of communications on the war.” ~(Sloan 2018, 3)